Betty Roose first trod the stage at Riga at the tender age of 11. Her successful career soon delivered her to the Imperial Theatre in Vienna. A year after her arrival there, she married the handsome director Friederich Roose. This young celebrity couple charmed everyone. Their lives were not entirely devoted to the glittering parties and frivolities that seem to be the hallmark both of Viennese and of theatrical life. The serious domestic side of their relationship led them to adopted a child. Betty was young, beautiful, and a consummate actress, dying tragically a few days after her 30th birthday, due to complications from pregnancy. The lavish funeral was attended by many devoted mourners, including the rich and famous and titled. A few weeks after the burial her head was stolen, part of an organised and widespread theft of numbers of heads or skulls of the prominent dead. Joseph Haydn’s skull was also stolen, probably by the same band. It appears William Shakespeare’s skull was also stolen in the same wave of headnappings. (The heads were stolen as part of a focus of scientific research on the brain and skulls of outstanding individuals at that time.)

To learn more about the Rooses look at the relevant webpage for the portrait of Fred Roose on my website.

Here we show an oil on canvas portrait of Frederick Roose, which we have in stock. There is also an engraving of Fred by Johann Joseph Neidl (1776-1832)(Austrian National Library) and a picture of Betty in her character of Lady McBeth (Art History Museum, Vienna, C1800). 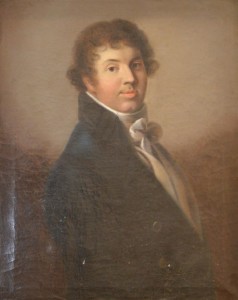 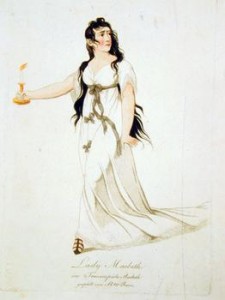 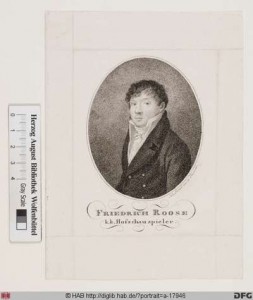